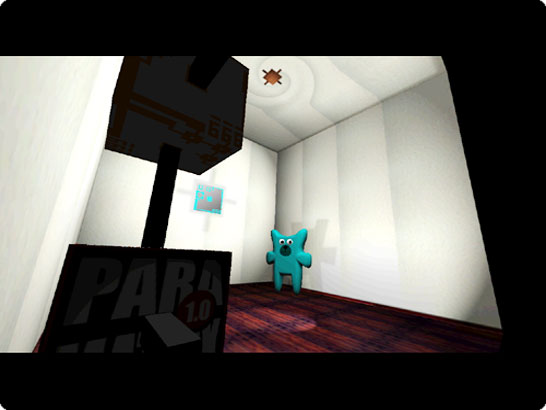 The prototype, programmed by engineers at the GMD St Augustin research institute, explores concepts of representation and navigation in 3D space: the structure of the net is visible as well as audible as each virtual „home“ fulfils its own sound-function in the harmonic entirety, composed by a musician, programmed by engineers as a cross-influence new media experiment.

Exhibited as an interactive installation at the WDR booth, Photokina Cologne 1996, Germany