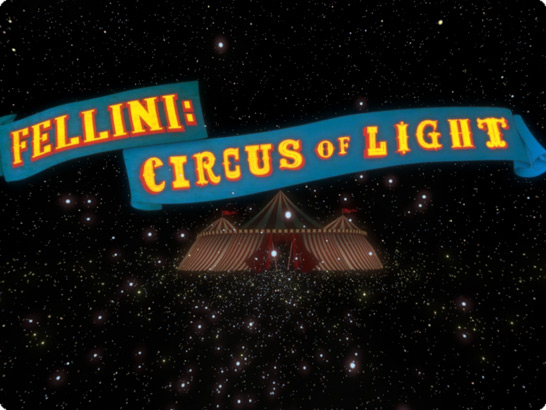 Screened inside a 360-degree immersive hemisphere dome, the animated short film Circus of Light takes the audience on a short journey revisiting some of Fellini’s immortal characters and circus inspired themes.

Starting inside the circus with Juliet of the Spirits (1965), whispered to by characters from Fellini Satyricon (1969), Giulietta takes off, swinging out of the circus and taking us into the underworld of Roma (1972) and eventually into the galaxy of an ensemble of Fellini characters: stars in the sky, frozen in time, waiting for the maestro.

The project was kindly supported by ADM / NTU Singapore