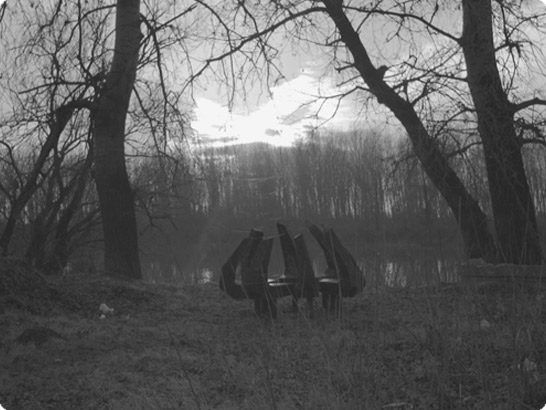 After stealing a bronze monument, a young man and his teenage girlfriend go on a runaway spree through the freezing lowlands of Serbia. The bronze monument, the third hero of the story, is a computer-generated Visual Effect, integrated seamlessly with the live action.

The film is outcome of the Tier 1 research project “The Impact of Visual Effects and Special Effects on the Art of Contemporary Narrative Filmmaking”. The research examines the process of narrative filmmaking when comparing analogue special effects (SFX) and digital visual effects (VFX) methods.

The film has been screened and awarded at: