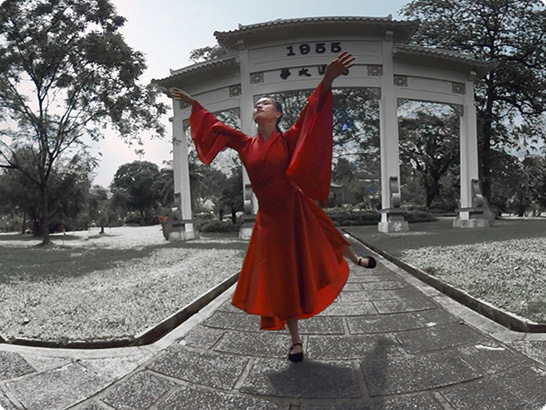 The immersive short film was shot at NTU’s Yunnan Garden in 2017, just before the redevelopment began. The film represents a unique form of heritage documentation with an artistic interpretation: Four dancers, representing the four mythological creatures and dressed in the colours of the cardinal directions, examine the spaces, the paths and the detours of the green scenery of the lush Chinese garden, adapted from the great traditions of imperial landscaping.

We have developed a range of different versions in order to explore the screening possibilities (Dome, cylinder, headset, video wall) and have adjusted both, the visual composition and the sound design accordingly.

The project was kindly supported by NTU and MoE Singapore