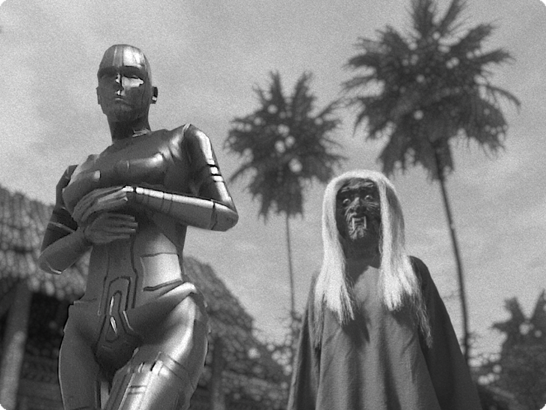 The room-scale VR experience The Woman Who Fell to Earth and Met the Pontianak (2021) is an artistic experiment and “B-movie” homage of confronting an alien with the unfamiliar environment of an historic early 20th-century Singaporean-Malay kampong village surrounded by tropical jungle. The kampong is home of the Pontianak, a female vampiric ghost based on Malay folk mythology. The project is loosely based on the Virtual Cinematic Heritage application Pontianak VR (Seide, Slater, 2021), which re-created scenes of lost film Pontianak (1957), but in contrast this project is generating its own non-linear narrative journey.

This research has been made possible through the kind support of an MOE grant in Singapore and ADM, School of Art, Design and Media, NTU Singapore.