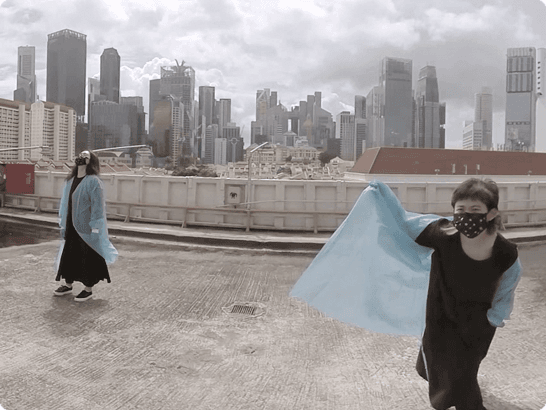 This cinematic VR work explores Singapore’s iconic modernist shopping malls and the relation between bodies and the urban in seven different scenarios and sites. The title being taken from the well-known Chinese literary poet Cao Zhi who was challenged to create a poem in seven steps. By adapting dress codes and gestures, the female performers are playing the sites in reading the shopping malls like a text, narrating the urban space that encapsulates its ideological and social frameworks. To create a poem in seven-step is used to describe somebody’s quickness in wit and dexterity in literary creativity.